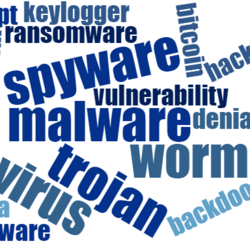 In the IT industry we talk about malware, ransomware, spyware and everything in-between – so what do they all actually mean?

The key thing to remember is that malware is a generic term for all malicious software that can damage computer systems. Different types of malware include:


For expert advice on how to protect yourself from malware, visit ESET’s business page.