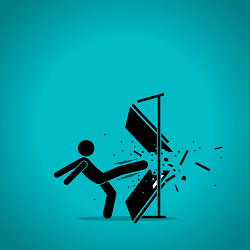 ESET telemetry shows that Russia, Germany and Japan have the highest number of targeted IPs

The pandemic has radically changed the nature of everyday work, forcing employees to do large parts of their jobs via remote access. Cybercriminals – especially ransomware operators – are aware of the shift and attempt to exploit the new opportunities and increase their illicit earnings.

ESET telemetry confirms this trend in an uptick in the number of unique clients who reported brute-force attack attempts blocked via ESET Brute-Force Attack Protection.

Before the lockdown, most employees worked from the office and used infrastructure monitored and controlled by their IT department. But the coronavirus pandemic has brought a radical shift to the status quo. Today, a huge proportion of “office” work occurs via home devices with workers accessing sensitive company systems through Windows’ remote desktop protocol (RDP) – a proprietary solution created by Microsoft to allow connecting to the corporate network from remote computers.

Despite the increasing importance of RDP (as well as other remote access services), organizations often neglect its settings and protection. Employees use easy-to-guess passwords, and with no additional layers of authentication or protection, there is little that can stop cybercriminals from compromising an organization’s systems.

That is probably also the reason why RDP has become such a popular attack vector in the past few years, especially among ransomware gangs. These cybercriminals typically brute-force their way into a poorly secured network, elevate their rights to admin level, disable or uninstall security solutions and then run ransomware to encrypt crucial company data.

The growing number of unique clients who have reported an RDP attack attempt is visible in data gathered by ESET telemetry (see Figure 1).

This new layer allows ESET’s endpoint solutions to detect groups of failed login attempts from external environments, which hint at an incoming brute-force attack, and to then block further attempts. Subsequently, the biggest offenders among these IP addresses are added to a blacklist, which protects millions of devices via ESET LiveGrid® from future attacks.

Currently, this layer blocks suspicious and malicious RDP and SMB connections to devices protected by all recent ESET endpoint security products for Windows. A customer can view all the details: the blocked IP, which blacklist caused the block, and the logs produced by the feature in the endpoint product’s logs (see Figures 2–4).

ESET Brute-Force Attack Protection has proven to be effective against both random and targeted attacks. For it to work properly, the RDP option Network Level Authentication (NLA) on the server must be enabled.

According to ESET telemetry, most of the blocked IPs in January–May 2020 were seen in the United States, China, Russia, Germany and France (see Figure 5).

Countries that had the largest proportion of targeted IPs were Russia, Germany, Japan, Brazil and Hungary (see Figure 6).

Yet, even with protective measures such as ESET Brute-Force Attack Protection, organizations need to keep their remote access properly configured:

Encryption of data and subsequent extortion is in no way the only scenario that could follow an RDP compromise. Frequently the attackers try to install coin-mining malware or create a backdoor, which can be used in case their unauthorized RDP access has been identified and closed.

Other common scenarios following an RDP compromise can include:

Black hats have been trying to exploit RDP for years, as documented by our blogpost from 2013. Steadily growing numbers of RDP attacks over the past few years have become the subject of numerous governmental advisories from agencies including the FBI, the UK’s NCSC and Australia’s ACSC.

This only demonstrates how crucial the security of remote access has become, potentially making or breaking a company’s future. And even if the damage to an organization’s reputation can be managed, there are financial losses, stalled operations and expensive recovery efforts that need to be accounted for. This doesn’t consider the additional costs of potential penalties that can be issued by authorities under data-protective legislation such as GDPR (EU), CCPA (California) or NDB (Australia).

Whether or not there’s a pandemic, businesses should manage the risks posed by wide usage of RDP or other similar services by reinforcing their passwords and by adding other protective layers, including multifactor authentication and a security solution that defends against attacks based on RDP and similar protocols, such as the protection provided by ESET Brute-Force Attack Protection.