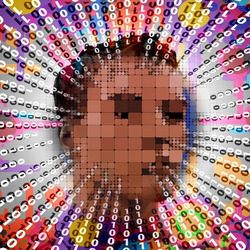 25th May 2019 marks the one-year anniversary of the implementation of the General Data Protection Regulation (GDPR) in Europe. Designed to enhance individual data protection and ensure the privacy of those living within the EU, it now seems the trend around privacy legislation is spreading beyond Europe’s borders.

In general, 2018 was marked by issues around data privacy and protection, with the topic coming more sharply into focus following the seemingly constant bombardment of news around cyber-attacks and data breaches. As we progress further into the 21st century, it’s becoming more and more obvious that data is the new currency and, just like we have legislation in place to protect our actual currency, we need mechanisms to safeguard our data. Companies have a huge responsibility in this regard, and the need for new laws only seems to be growing.

In ESET’s recent trends report, Cybersecurity Trends 2019: Privacy and Intrusion in the Global Village, ESET puts forward a number of likely trends around data protection. This includes the prediction that the ability to properly manage data privacy could become a key factor in deciding which companies stay in business. Another growing trend, and one which we are starting to see grow in prominence, is the spread of privacy laws around the world.

California, which if it were an independent country would be the fifth largest economy in the world, has already enacted new privacy legislation, the California Consumer Privacy Act (CCPA). Containing many provisions that are similar to GDPR, this privacy law actually stretches far further than California when considering how many other US state markets, and global markets, will be affected because they are in business with the Golden State.

Similarly, Brazil’s Lei Geral de Proteçao de Dados (LGPD) bears many similiarities to GDPR and, because Brazil is one of Latin America’s largest economies, LGPD will have a tangible effect on the world. From February 2020, businesses conducting work in Brazil have to ensure they are compliant or face a hefty fine. And Japan is already ahead of the game, having recently amended its privacy information laws in 2017, meaning the laws now apply to foreign companies that hold data on Japanese citizens.

Despite the noise around GDPR and the pattern that shows privacy laws are growing increasingly in importance, a lot of businesses are still failing to face up to their responsibilities. This might simply be because it seems too overwhelming, but that’s where technology is also our friend. It may have caused some of the complexities we are facing, but it’s also key to resolving these issues. ESET offers its very own compliance checker so you can check if your company is GDPR compliant, and it also gives advice on the tech that can help you, including ESET Endpoint Encryption and ESET Secure Authentication.

GDPR has survived its first year and it’s here to stay, so it’s definitely time well spent for companies to consider if they are fully compliant and what more they can do to protect the precious data of their customers. New privacy laws are only likely to continue to spread around the world, and a failure to comply can lead to expensive monetary fines as well as the added reputational damage. So, ensure your company stays on top of what’s required and use the benefits of technology to help you steer the path towards compliance in 2019 and beyond.