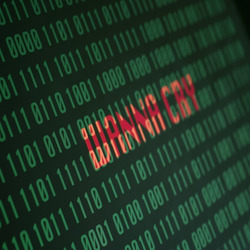 Two years ago on the 12th of May 2017, the now infamous WannaCry ransomware attack struck IT systems in 150 countries around the world. Affecting around 200,000 computers across a diverse range of sectors, from Spain’s telecoms sector to commercial websites and schools, the malware encrypted users’ files and then demanded a ransom, causing unprecedented havoc. While this caused real concern around the world, the National Health Service [NHS] in the United Kingdom came to a standstill, putting human lives in jeopardy.

Looking around the world today, 24 months on from the WannaCry attack, the digitization of the healthcare system has continued to spread around Europe, the Americas and Asia Pacific. From general practice diagnostics provided free by video call in parts of the UK, to artificial intelligence driven analysis of oncology scans in the US  – all the way through to digitally enabled treatment and 3D printing of body parts based on digital scans in Austria and Germany – and even the wholesale digital enablement of medical records in Estonia.

These advancements have made accessing healthcare easier and are improving patient outcomes; but – as with every digital system, they are at risk of malicious attacks. Considering that medical records are worth 10x more than a credit card number on the black market, the situation is serious. We know that bad actors are actively hunting out medical identities for their own personal gain. So, it is more important than ever that we all take the necessary steps to protect our own personal digital equipment, and the systems in which they operate.

As we look back at the lessons we can learn from the WannaCry outbreak, we’re extremely pleased with how well ESET systems and software performed - the WannaCry crisis was the result of hackers using an exploit named EternalBlue, which took advantage of unpatched systems.

However, when WannaCry hit, ESET customers were protected. Unlike other security vendors, ESET technology was able to block the WannaCry malware at the point of entry and prevent it from spreading.

This success was borne from real vigilance that we continue to observe. Each day ESET’s award winning cybersecurity researchers analyze the intelligence garnered from protecting over 100 million end points, and from our close collaboration with international policing organizations such as Interpol, the FBI and others.

As WannaCry fades from the memory, it would be very easy for the public to believe that the risk to our healthcare systems is fading from the scene – but we need everyone to keep their digital guards up. ESET sees in precise detail, from the hundreds of millions of attempts we track and block every day, that the risk is very real – and this two-year anniversary of a hack that put thousands of lives at risk is a reminder to us all to maintain the very best digital health.