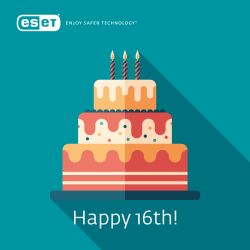 Take yourself back to 2004. A time without iPhones. A time before anybody had ever heard of Lady Gaga. A time when we only had three Harry Potter films. Sixteen years ago, on February 4, 2004, Mark Zuckerberg launched “TheFacebook” – a website that would go on to become one of the largest and most influential social media platforms.

What started as a site restricted to students at Harvard University became an online giant with more users than inhabitants of Europe, North America and South America combined. New functions, multiple apps, design makeovers and so much more have all combined to make TheFacebook that 2.45 billion of us know today.

Expanding beyond Harvard
TheFacebook didn’t stay limited to Harvard for long. Within a month of launching, more than half of Harvard undergraduates had registered, and in March 2004 the site expanded to include Columbia, Stanford and Yale. Throughout 2004 and 2005, the list of universities using Facebook grew to include the majority of universities in North America.

It was a rapidly growing phenomenon. Plenty of people wanted access to TheFacebook but weren’t yet granted it. To get around this, individuals could use a login from someone who attended a university on the list, borrowing a username and password from a family member or friend. This, arguably, was one of the first forms of catphishing. As ways of disguising your own – or using someone else’s – identity on Facebook have become more sophisticated, it is now more important than ever to make sure those you are interacting with on social media sites really are who they say they are.

Graduating from college
After dropping “The” from its name in 2005, Facebook became a platform not only for college students, but for anyone. As the site moved away from an exclusive user base of college students and became a forum for a greater range of individuals to use, other restrictions were put into place to ensure that it was still being used safely.

A minimum age restriction of 13 years old was instituted, meaning that anyone over this age with a valid email address could create an account. While this rule may not have been enforced strictly, particularly in recent years, it is important to remember that sites such as Facebook have age restrictions for a reason. In order to make sure individuals are protected from potential dangers, it is always best to keep to the requirements for registration – no matter how tempting it might be to get an account a year or two early.

Reaching half a million
In July 2010, just six years after it was launched, Facebook announced that it had 500 million users. With this came the news that half the site’s membership used Facebook daily, for an average of 34 minutes. Compare that to now, where on average 1.62 billion people log into Facebook daily, spending almost 2.5 hours on the site. While this growth is no doubt good for Facebook’s expansion, it may not be quite as good for users.

Dependence on and addiction to social media is a growing issue. Too much time spent on Facebook, Instagram or Twitter has the potential to amplify mental health issues, and some studies have found that participants experience withdrawal-like symptoms when denied access. Social media sites are

designed to be addictive, and just like with unhealthy food, it’s sensible to limit your consumption of them.

The next 16…
Facebook has changed dramatically in the 16 years since it was founded, and will no doubt continue to evolve as our relationship with technology changes. What started as a simple social networking site for college students has expanded into a global corporation that holds huge volumes of personal data, has revolutionized advertising and is able to influence global politics. In 2020, Facebook wields a great deal of power, and how it will continue to use that power is yet to be seen.