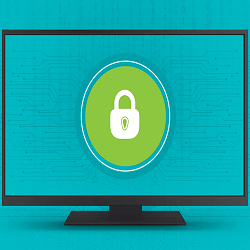 As the digital threat landscape evolves and businesses and their data are increasingly targeted by cybercriminals, it can be easy to focus on malware when taking steps to protect your business. While malware is still a vital consideration in the fight against cybercriminals, there is much more at the root cause of data leakage and breaches. Protecting your business against the loss of data is an often-overlooked step. A stolen laptop or a lost phone might affect fewer people than a high-level data breach, but, for a small- to medium-sized business, it can be potentially crippling.

Unlike giant corporations, small businesses are often not running large-scale IT operations, and don’t have departments of experts to rely on when things go wrong. In small- and medium-sized businesses, the people or teams in charge of IT and technology are often handling a multitude of other tasks and taking the precautions to protect business data can slip down the priority list. It is vital, then, that smaller businesses are just as protected as large-scale enterprises and are equipped with advanced technology that is easy to use and implement in the case of data theft.

Most businesses understand the necessity of robust antimalware and cybersecurity software – data breaches are among the biggest threats to modern businesses and suffering one can be financially crippling to smaller businesses. What businesses might not have considered is the importance of encryption to protect their data.

A stolen or misplaced laptop can leave businesses and their data vulnerable, if company files and disks are not encrypted. Data breaches tend to take up the news agenda spotlight, but stolen laptops are still major culprits in breaches, especially within smaller, more vulnerable organizations. Put simply, it is much easier to steal a laptop than it is to hack a database, and if you can get your hands on un-encrypted files, as a cybercriminal, the world is your oyster.

Whereas a large corporation with deep pockets might be able to bounce back from a breach, a smaller organization may not. After undertaking deep market research, ESET found that 85% of its respondents thought that Full Disk Encryption was the most critical feature when protecting businesses with any form of encryption. As a result, ESET now offers ESET Full Disk Encryption (EFDE) as an add-on feature to the ESET remote management consoles. EFDE allows admins to deploy, activate, and encrypt endpoints in a one-click action from a single console, meaning businesses can be protected quickly and swiftly in case of the theft or loss of data. It is vital that businesses protect their data in order to stay one step ahead of potential threats.