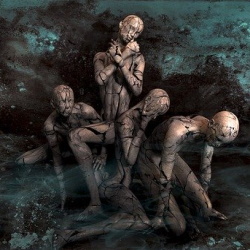 This Tuesday, 10 December, is Human Rights Day, marking the day on which the Universal Declaration of Human Rights was adopted by the United Nations in 1948. This year, the theme is ‘Youth Standing Up for Human Rights’ which celebrates the potential of youth as constructive agents of change and aims to showcase how youth across the globe are standing up for human rights and against racism, hate speech, bullying, and discrimination.

While the fight for human rights is still as important as ever, the world around us has changed a lot since 1948, due in large part to technology. The advancement of technology has fundamentally changed the way we live: From health to education and leisure to work, digital technology and the internet are at the core of our lives. The internet also plays a vital role in standing up for human rights, and is perhaps most pertinent to youth, many of whom have been interacting with the internet their entire lives. From Greta Thunberg’s Fridays for Future movement, to the #MeToo movement, on to exposing many instances of state sponsored violence – the internet has been vital to empowering those whose rights have been infringed upon.

In fact, not only is the internet a central tool in standing up for human rights, many consider access to the internet to be a human right in itself. Although not formally declared by the UN yet, several countries across the world have implemented laws or policies that require internet access to be available to all. Similarly, the European Union has launched the WiFi4EU initiative to provide every European village and city with free wireless internet access around main centers of public life by 2020.

As our lives become increasingly digitized, it is not simply access to the internet that could be deemed a human right. While the internet can be used as a tool for upholding human rights, it is unfortunately not always used as a tool for good. From threats to critical national infrastructure to violations of data privacy, ensuring that individuals are safe and secure online is just as vital as being able to access the internet. This Human Rights Day, not only should we celebrate the power of youth in standing up for human rights, but we should also encourage them to pave the way for a safer and more just internet for all.