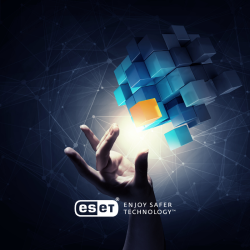 Tuesday, April 21, is World Creativity and Innovation Day, designated by the United Nations as an annual celebration of creative thinking across the globe. Although it may be easier to imagine the role of creativity in the arts, it is actually a skill that can apply to all fields, enhancing the scope and vision of any pursuit, whether scientific, economic, or technological. So, to mark the day, ESET is celebrating some of the most innovative advances and inventions in the history of cybersecurity.

The first computer virus
In 1971, Bob Thomas, an engineer at BBN Technologies, brought about one of the most significant innovations in modern computing: the very first computer virus. Named Creeper, this program was a self-replicating worm that used ARPANET – a predecessor of the Internet – to infect a number of DEC PDP-10 computers. However, this first virus was not malicious. It merely left users a message: “I’m the creeper: catch me if you can!”

The first computer antivirus
Necessity, in this case, was certainly the mother of invention. Shortly after the creation of Creeper, one of Thomas’ colleagues, Ray Tomlinson, developed a similar program designed to move between computers – only this program was designed to find copies of Creeper and delete them. This program, the first antivirus in history, was named the Reaper.

While the implications of this innovation are far-reaching, three of the most significant are:

1.    Confidentiality: without the right keys, no one can access the data.
2.    Authentication: established through a digital signature.
3.    Non-repudiation: neither party can dispute authorship of a document.

"The Knowledge Complexity of Interactive Proof-Systems"
Zero-knowledge proofs are the bedrock of many security processes, as they allow for the verification of information without sharing or revealing underlying data. They were first conceived in 1989 by a group of scientists made up of Shafi Goldwasser, Silvio Micali and Charles Rackoff, in their paper, "The Knowledge Complexity of Interactive Proof-Systems."

Not only did they give the first zero-knowledge proof for a concrete problem, but they also conceived the concept of knowledge complexity – a measurement of the amount of knowledge about the proof transferred from the prover to the verifier – and, in doing so, earned themselves the first Gödel Prize.

All these innovations display enormous levels of creativity, and have been deeply formative for the cybersecurity technologies we use today. Creativity continues to be one of the driving forces of advances in computing. Who knows what new innovations will have come to pass by the next World Creativity Day?