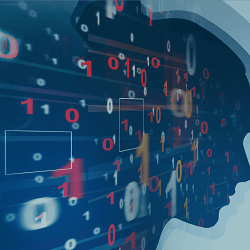 Since its inception in 2015, the International Day of Women and Girls in Science has been a day to recognize, applaud and reflect on the achievements of women all around the world. Celebrated on the 11th of February, it is an opportunity to remember the women who inspire us.

To mark the day, ESET is commemorating five women who are notable for their work in the computing field. From Ada Lovelace, hailed as the first computer programmer in the mid-nineteenth century, to the co-founder of Flickr, Caterina Fake, these women have made a huge impact not just on computing technologies, but also on the entire world.

Born in 1815, Ada Lovelace worked closely with Charles Babbage, who first conceptualized a digital programmable computer. In her notes on the Analytical Engine, a hugely complex mathematical machine, Lovelace exhibited an understanding of computing that would remain unparalleled for a century. She outlined a number of computer programs for the machine to run, and in doing so earned the title of history’s first computer programmer.

Lovelace furthered Babbage’s conception of the early computer through the realization that the Analytical Engine could manipulate symbols as well as numbers. Thus, she imagined a general-purpose computer that would not only be able to calculate complex sums, but also compose music and create graphics – a ground-breaking idea in the mid-nineteenth century.

While computing may seem an unusual interest for a nun, Sister Mary Kenneth Keller was the first woman to earn a Ph.D. degree in computer science in the USA, graduating from the University of Wisconsin in 1965. As a graduate student, she helped to develop BASIC (Beginner’s All-purpose Symbolic Instruction Code), a computer language that translated the zeroes and ones of computer code into a more straightforward and intuitive form. Sister Mary set up the computing department in Iowa and established a master’s degree program for applications in computer science. She was also a passionate advocate for women in computing.

Not only has Shafi Goldwasser won the Gödel Prize twice, she was also the winner of the 2012 Turing Award for her work in cryptography, among a host of other accolades. Goldwasser was part of the team that first conceived of zero-knowledge proofs, and is the co-inventor of probabilistic encryption, which achieved the gold standard of security for data encryption. Her work on interactive and zero proofs have allowed for the secure transmission of information over the internet, and she has paved the way for other women within the technology field.

A Hollywood actress and producer, Hedy Lamarr also co-invented the technology that would go on to form the basis of modern-day WiFi, GPS and Bluetooth communications. Along with co-inventor George Antheil, Lamarr developed a device that manipulated radio frequencies at irregular intervals to form an unbreakable code with a signal that could not be tracked or jammed. This technology went on to form the technical backbone of WiFi and Bluetooth devices. Fourteen years after her death, in 2014, Lamarr was inducted into the National Inventors Hall of Fame in recognition of her inspiring work.

In 2004, Caterina Fake co-created Flickr, one of the first photo-uploading websites, which gained great popularity. She has also led Yahoo’s technology development group, responsible for innovatinginternet interactions, and has gone on to develop Hunch, a collective intelligence recommender system. Fake has been recognized for her achievements by Bloomberg and Forbes, and was named in the Time 100.

Throughout the history of computing, inspiring women have helped to develop computer languages, created photo-uploading sites, co-invented ground-breaking technology and so much more. Today, women continue to drive forward computer science innovations and participate at the forefront of many new emerging technologies. The advances to come can only be imagined.