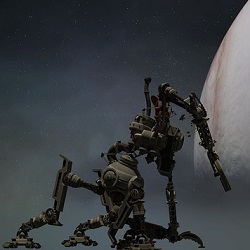 The disruption of the Trickbot botnet will slash the number of cyberattacks aiming to swipe financial data and deploy ransomware.

Every time a critical piece of botnet infrastructure is “shot down,” thousands of machines are liberated from oppression by their cruel botnet masters. According to Forrester, botnets are one of the top cybersecurity threats to watch out for in 2020 – one that seems to be particularly rampant in the finance industry:

Trickbot is known to go after browser-stored passwords, Point-of-Sale systems, and cryptocurrency wallets, as well as banking, email and cryptocurrency exchange credentials. Without the protection of a security software solution, such as ESET Endpoint Security, systems can be easily infested by a malicious bot that might be served up, for example, by a phishing email. In the case of Trickbot, the Emotet trojan is commonly the first payload of a phishing email. Emotet, in turn, sometimes drops Trickbot as a secondary payload.

Chaining the slaves to the taskmaster

Once bots are deployed, the bot operators maintain control via command and control (C&C) servers. In order to evade and minimize disruptions to C&C server infrastructure, the bots are often designed to leverage various layers of C&C servers, among other tricks.

By contacting the C&C servers on the second list, the bot can download various plugins. Some of the plugins have their own C&C servers, and yet other C&C servers are dedicated to exfiltrating stolen data – all of which make disruption efforts that much more challenging.

Modular with a wide range of infostealing plugins

Since Trickbot has a modular architecture, the operators are able to deploy both new and updated plugins with ever-evolving features. The malware’s capabilities range from infostealing to lateral movement, network abuse and even the deployment of ransomware, such as Ryuk. The high volume of research publications on Trickbot’s plugin updates, since its rise in 2016, illustrates how busy the botnet’s operators have been.

Trickbot has been further weaponized via its use as malware-as-a-service. In this criminal business model, the botnet is rented to other cybercriminals, who can wreak further havoc.

Fortunately, with the joint effort at disrupting the Trickbot botnet this week, financial industries – the most targeted business vertical – can hope for some respite. Trickbot operators have demonstrated a lot of interest in going after financial and related data. Out of the tens of thousands of configuration files used by the Trickbot plugins in 2020 and examined by ESET researchers, the most targeted websites were those of financial institutions.

In addition, 11 of the 28 Trickbot plugins analyzed by ESET were infostealers, including:

ESET’s Secure Browser technology, known as Banking & Payment Protection in the consumer lineup, blocks the hooking mechanism used by Trickbot’s injectDll plugin. Secure Browser will be available for businesses in the upcoming release of version 8 of ESET Endpoint Security.

Playing the game with endpoint detection and response

Perhaps the most insidious characteristic of Trickbot is its spreading capability. The most frequently detected plugins in ESET’s botnet tracker platform for Trickbot were those dedicated to lateral movement within compromised networks. These modules increase Trickbot’s hold in a victim network by propagating via:

ESET’s endpoint detection and response solution, ESET Enterprise Inspector (EEI), is powerful enough to automatically sound the alarm on the techniques employed by Trickbot. EEI does this via its detection rules that trigger when suspicious events happen on endpoints. The offending processes are saved, along with their process trees, for investigation by network defenders.

While disruptions help create a safer internet, disrupting a botnet can be a drawn out, multiyear affair that involves complex coordination with law enforcement and industry partners. Waiting for the next botnet disruption is not a good security strategy, so here are a few steps you can take to protect your network from a botnet infestation: