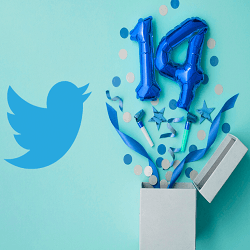 On Tuesday, 21 March 2006, Twitter co-founder Jack Dorsey published the first-ever Twitter message – “just setting up my twttr.” In the 14 years that followed, a lot has changed – the 140-character limit has been lifted, favorites turned to likes, Vine came and Vine went (to the dismay of many). But it isn’t just Twitter that’s undergone massive development – the world, too, is not as it was in 2006, and Twitter has had a hand in this.

Because Twitter doesn’t require users to seek permission to follow one another, accounts belonging to public figures are far easier to access than they are on other platforms. This allows fans (and foes) to have around-the-clock insight into the lives of many celebrities.

Additionally, it can allow citizens greater access to their elected officials, who, in turn, can stay more in touch with public opinion and everyday reality. Politicians can be held accountable by the very people their policies affect.

However, greater access is not always a good thing. Creating and maintaining an online presence can be exhausting, and can lead to intrusions of privacy. Additionally, trolling and bullying are prolific on the platform, and the plethora of abuse has caused many to step away from using Twitter entirely.

In fact, in August of last year, Jack Dorsey found his Twitter account compromised when a group of cybercriminals gained access to his account. It proved to be a timely reminder that there are vulnerabilities in any online platform, and that phone-based authentication is not as secure as it may seem.

Activism has been facilitated and fueled

In recent years, Twitter has helped to spark, consolidate and publicize a great many social and political movements around the world. Hashtags on Twitter provide a symbol for support to rally around causes, as well as enabling individuals to organize all manner of petitions, marches and demonstrations.

The online visibility of campaigns adds to their political clout and can also help to hold perpetrators of injustice to account. Being able to reach vast numbers of people across the world in an incredibly short period of time is an important political tool and is essential to spreading awareness of social issues. Another crucial impact of Twitter is that it has allowed people to discover that they are not alone in their experiences and that there is a community they can reach out to for support.

It has changed the way that we consume news

Nearly two-fifths (16%) of people in the UK use Twitter as their main news source, according to Ofcom’s News Consumption report. Unlike established news outlets, Twitter can show readers multiple perspectives of the same story in quick succession, and the platform allows them to engage with the story immediately. It can also help to disrupt mainstream narratives, giving voice to stories and perspectives that were previously sidelined.

However, misleading or inaccurate information can be spread quickly because tweets don’t have to go through the same approval process as news articles. The spread of misinformation, whether intentional or accidental, is almost impossible to undo.

Twitter remains at the forefront of conversations from political advertising to the proliferation of fake news. In the past 14 years, it has changed the news agenda, the relationships we develop, and the kind of activism we take part in, along with much more. As with any digital technology, it is important to make sure you’re protecting yourself online and taking the necessary steps to keep cybercriminals at bay – whether that means securing your mobile device, installing cybersecurity software, or using two-factor authentication for passwords. Stay safe, and happy birthday, Twitter!